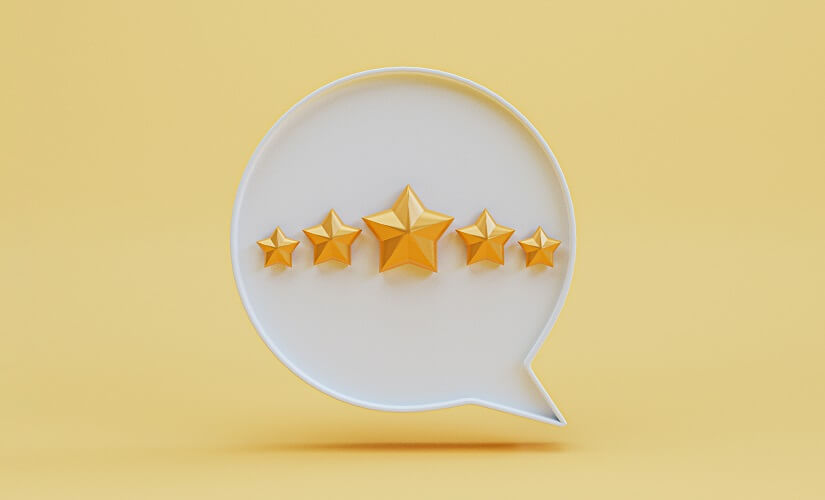 The Best Countries to Study Abroad | Top Ten of 2023

Studying abroad is a fantastic way to deepen your educational experience while gaining new academic and social skills. Studying abroad offers you an edge in the job market because employers like candidates who actively seek new opportunities to diversify their experience. Check out this list of the best countries to study abroad if you consider continuing your educational journey abroad. 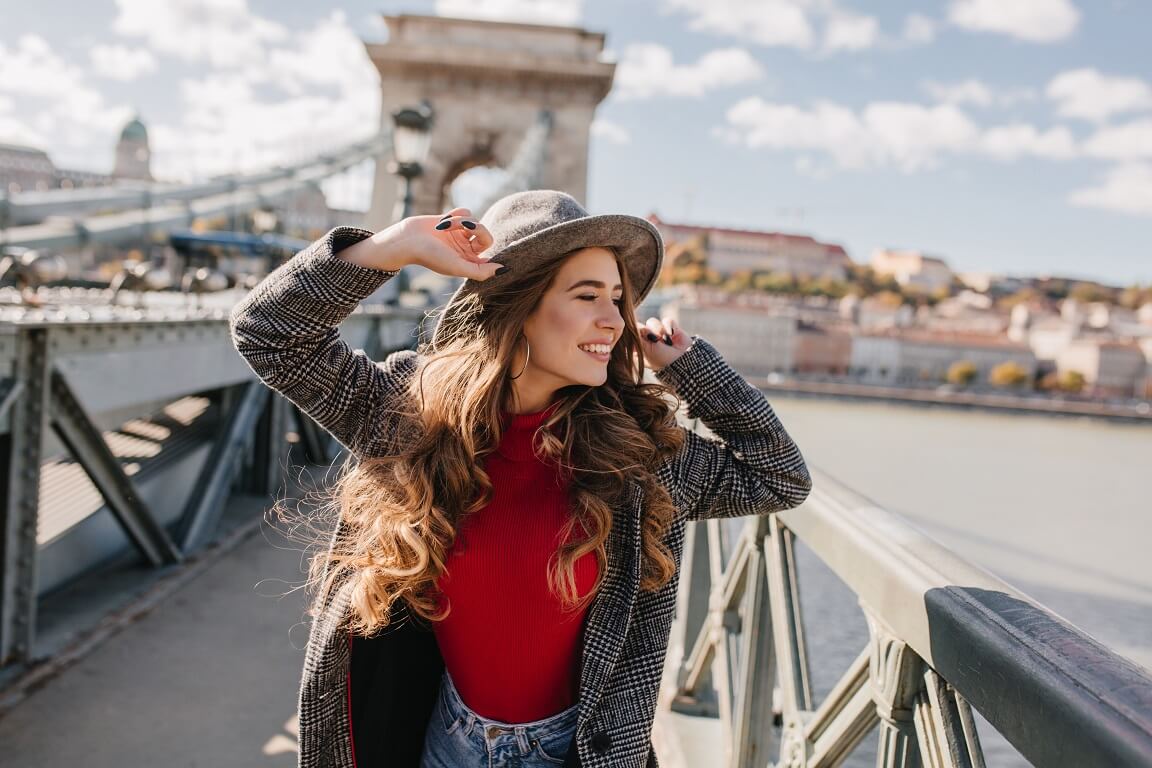 Outside of Anglophone countries, meaning Australia, the UK, and the US, Germany is the country with the most significant number of international students.

It is one of the best countries to study abroad and also one of the best-known locations in Europe for free or almost free university tuition expenses.

Go to Berlin to join the growing tech scene and experience German hipster culture or Munich to attend a top-rated institution without breaking the budget.

In all but one state, Germany provides free undergraduate tuition. It is one of the top choices for international students studying the most powerful nations in Europe.

In Germany, a monthly living expense of EUR 850 is typical. The price of attending school varies between towns in Europe, just as it does in other nations.

For instance, Munich would cost more to live in than a smaller city like Leipzig. In Germany, most students live in residence halls and have roommates.

State-run institutions of higher learning do not charge tuition for Bachelor’s or Master’s degrees.

Some Master’s and online degree programs do, however, charge a fee; on occasion, it is about EUR 10,000 per semester.

if you need information about Free Universities in Europe for International Students in 2022 read this:

Free Universities in Europe for International Students in 2022 We already have more than 5000 universities’ programs on our website, so you can search and choose your best-fit programs and estimate your acceptance chances.

The United Kingdom, One of the Best Study Abroad Destinations

There are several top-notch universities in the United Kingdom. Although tuition costs differ between institutions and can be very pricey, it is worthwhile to look into scholarship opportunities.

Students work to pay for their education, and flexible jobs that fit around class schedules are typical.

Students in the UK never have to worry about boredom because of the diverse cultures and settings, from modern cities to tranquil rural idylls.

With a wide range of specializations and access to a flourishing alumni network, UK universities consistently rank among the best in the world.

Additionally, the educational institutions in this region mentor their students by offering full support and financial aid.

The United Kingdom recently revised its immigration regulations to permit students to remain and work for two years after graduating.

Australia, One of the Best Countries to Study Abroad

Australia is one of the most sought-after destinations in the world for international students, which is no surprise given its beautiful beaches, constant sunshine, and laid-back outdoor lifestyle.

International students are welcome at Australian universities, which are well equipped to assist newcomers.

Australia is ideal for academic success because of its many top educational institutions.

Australia’s educational system is a significant additional feature that attracts international students to study there.

In actuality, eight of the top 100 universities in the world are Australian institutions. The nation’s educational system also emphasizes research-based work, encouraging pupils to think creatively. For undergraduate students, the annual tuition fee in Australia is between AUD 15,000 and 33,000.

Australia modified its post-study visa regulations in 2013. Since then, there has been a significant increase in international students, particularly from South Asia. 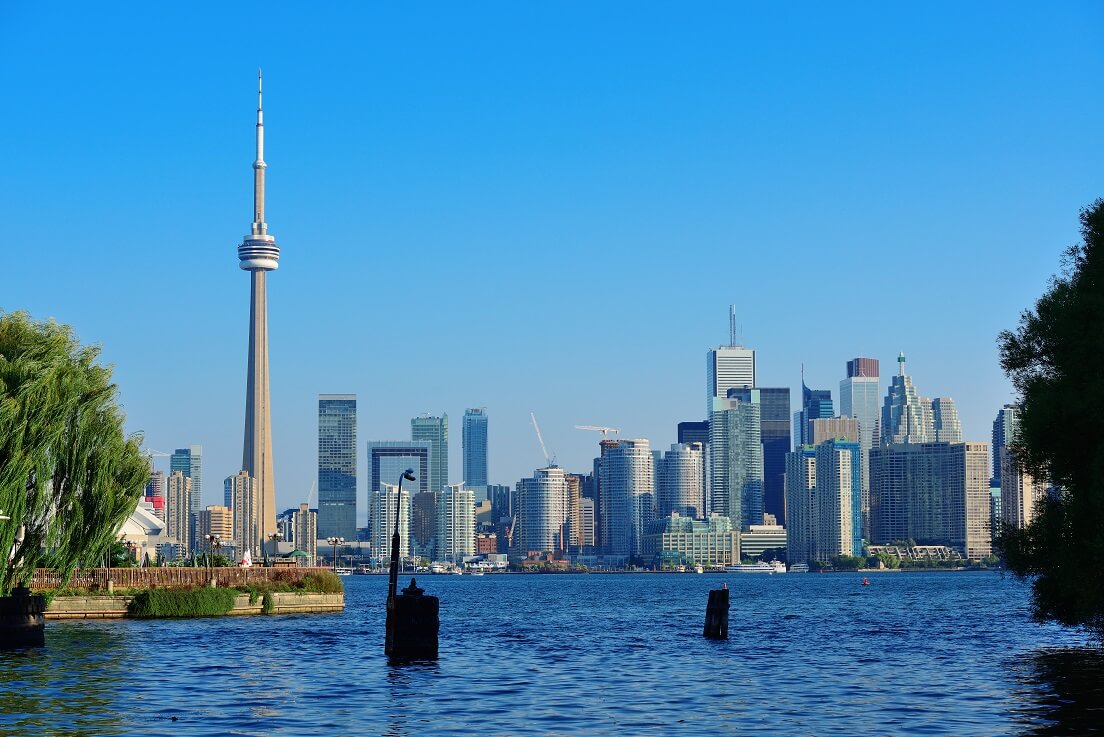 An impressive three Canadian cities, including Toronto, were recently recognized among the top 15 cities for students.

With places as alluring, it is no surprise that 6.5 percent of post-secondary students in Canada are international.

Canada, which is well-known for its natural splendor and high living level, is also the most educated country in the world.

You will discover that Canadian universities do outstanding research and offer a top-notch learning environment.

Canada is one of the best countries to study abroad and one of the few countries that offer employment chances to international students after graduation.

Comparatively speaking, studying in Canada is less expensive than in the US, UK, or Australia.

Universities charge international students an average of CAD 17,300, even though the cost of studying topics like the arts and humanities can be approximately CAD 13,500.

Programs in the business and medical professions can cost up to CAD 50,000. The cost will be small if you are enrolled in an engineering or architecture program.

Why is Canada the Best Country for Study Abroad

France is one of the most sought-after studies abroad destinations for students from all over the world.

It has a century-long tradition of high-quality education. Besides academics and careers, students have the opportunity to immerse themselves in the country’s rich culture.

The French government and universities offer scholarships to international students to encourage them to study in France.

The cost of studying in France for international students depends on whether you are joining a public university or a private university.

Nevertheless, the tuition fees for international students in public universities are almost EUR 2800 for Bachelor’s programs, about EUR 3800 for Master’s degrees, and almost EUR 380 for Doctorate programs.

The average tuition fees for private universities in France usually range from 3,000 to 20,000 euros per year.

The cost of living in France ranges from EUR 800 to 2000. However, it depends on the city that you are living in. 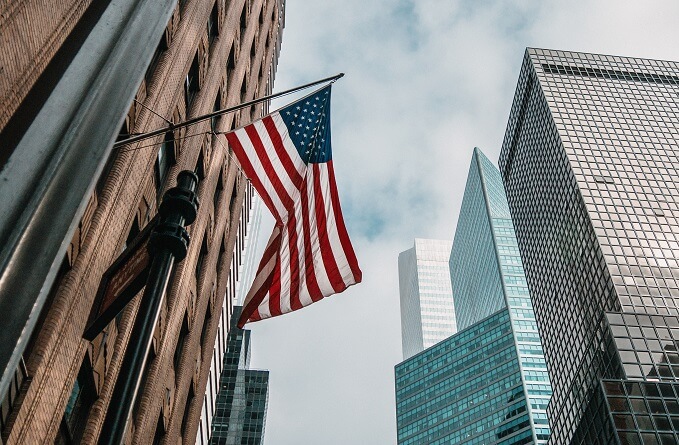 The United States, One of the Best Study Abroad Destinations9.

It is very overwhelming how many top universities there are in the US. If you study here, there are many opportunities to enrich your life experience.

The US annually hosts more than 750000 international students for higher education.

Students appreciate living in Boston and San Francisco, among the best cities for students despite the high cost of living.

However, switching between institutions in the US is expected if you enroll in school and then decide that you would like a change of scenery.

It would be best if you had an F-1 visa provided to international students enrolled in full-time programs to study in the United States.

Working on campus indicates that the work is done either inside or outside the university where you are enrolled.

New Zealand, One of the Best Countries to Study Abroad

This island country is home to numerous landscapes that are frequently cited as some of the most beautiful in the entire globe.

Aside from the natural beauty, the best aspect of this country is its people. It is well known that Kiwis are incredibly generous and diversified.

Multiculturalism permeates every aspect of New Zealand society, from the language to the cuisine, with a significant influence from the Mori native culture.

Although New Zealand may appear to be a small island in the Pacific, it is far more significant than that. New Zealand, which places well on the Global Peace Index, provides a laid-back lifestyle and striking harmony between the modern world and breathtaking natural beauty.

This country is renowned for its chances to overseas students and distinctive, practical learning methodology.

New Zealand has many great universities and educational institutions. However, only the University of Auckland is ranked among the world’s top 100 universities in 2022.

Bachelor’s degrees in New Zealand cost between USD 22,000 and 32,000 per year. Master’s degrees cost USD 26,000 to 37,000 annually, with higher fees for medicine and veterinary science subjects.

The cost of living in New Zealand varies depending on your lifestyle and where you live.

It is advised that you have at least USD 1,250 for each month of your stay in New Zealand if you intend to study there for less than a year.

Studying abroad in Spain is a unique experience. Madrid’s metropolis has many exciting marketplaces and museums to keep international students engaged.

They can visit bustling Barcelona to learn about Catalan culture and admire architectural marvels like La Sagrada Familia.

Many topics in numerous categories are included in the study programs that Spanish universities offer.

The government will provide work permits to international students, allowing them to earn money while enrolled in classes.

By meeting the conditions, international students can obtain a work permit from the local government to work up to 20 hours each week.

This authorization grants the student the right to work for a business with which they have a part-time employment agreement.

This permit’s duration will be the same as the contracts’, and it cannot exceed the duration of the student visa.

The ideal course of action would be for you to keep in mind that the work you should be doing must be pertinent to the academic course of study you are following in Spain.

Japan boasts some of the best educational standards in the world, and its universities are well-known for their mathematics and scientific programs.

Japan’s popularity abroad has grown thanks to the country’s rising number of English-taught programs and inexpensive living and tuition costs.

The Japanese government’s efforts to draw in more international students appear to have been successful.

By choosing to study in one of the best countries to study abroad, you can benefit from the extensive scholarship programs and the international support services.

Japan is at the forefront of the technological revolution. Imagine that digitization is a top priority for the country’s economic development.

However, if you are not particularly passionate about technology, you will find other reasons to study there.

Go Overseas awarded Japan first place in its list of the ten most popular places to study abroad. They cite culture, food, innovation, and reputation for hospitality as the main reasons.

The Netherlands, One of the Best Study Abroad Destinations

You may get a fair idea of life in the Netherlands if you picture bicycles, canals, and quaint cafes on the streets of Amsterdam.

The way of life adopted by the Dutch reflects their commitment to efficiency and sustainability.

You will discover that people here are relatively diversified, especially ecologically sensitive, and very accepting of others, from the bustling cities of Utrecht and Rotterdam to the more tranquil student towns of Groningen and Leiden.

Despite being primarily a Dutch-speaking nation, they have among the highest concentrations of English speakers worldwide and numerous English-language academic programs to match.

Studying in the Netherlands may be the best option if you also find canal boating, relaxing on beaches, and cycling through Dutch neighborhoods exciting.

The cost of living in the Netherlands varies from 800 to 1,000 euros a month, depending on location and housing. It covers lodging, meals, health insurance, and transportation expenses. 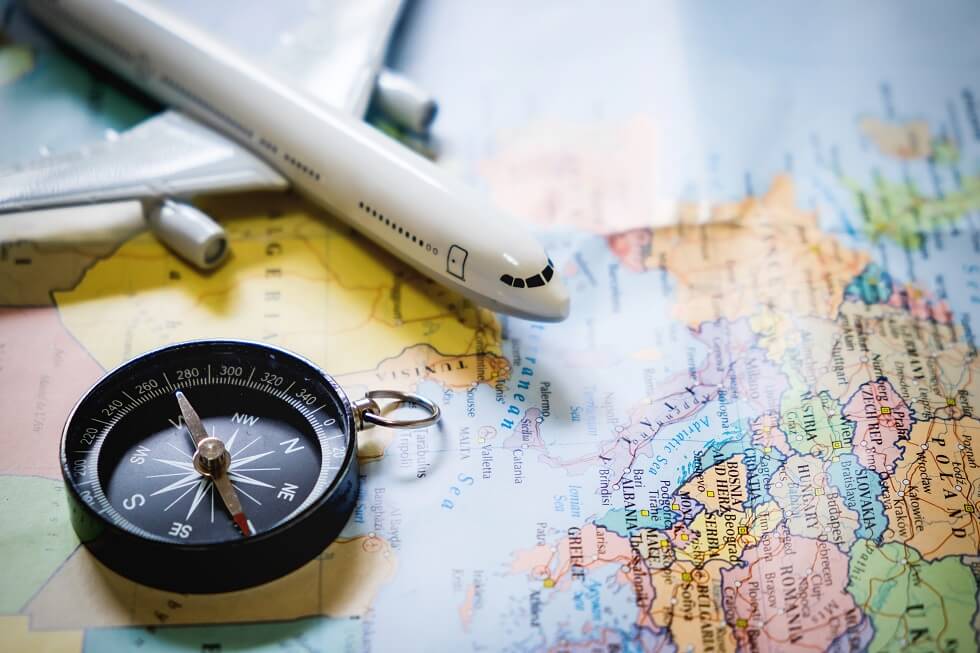 How to Choose Destination for Study Abroad

Today international education is a top-rated choice among students worldwide. 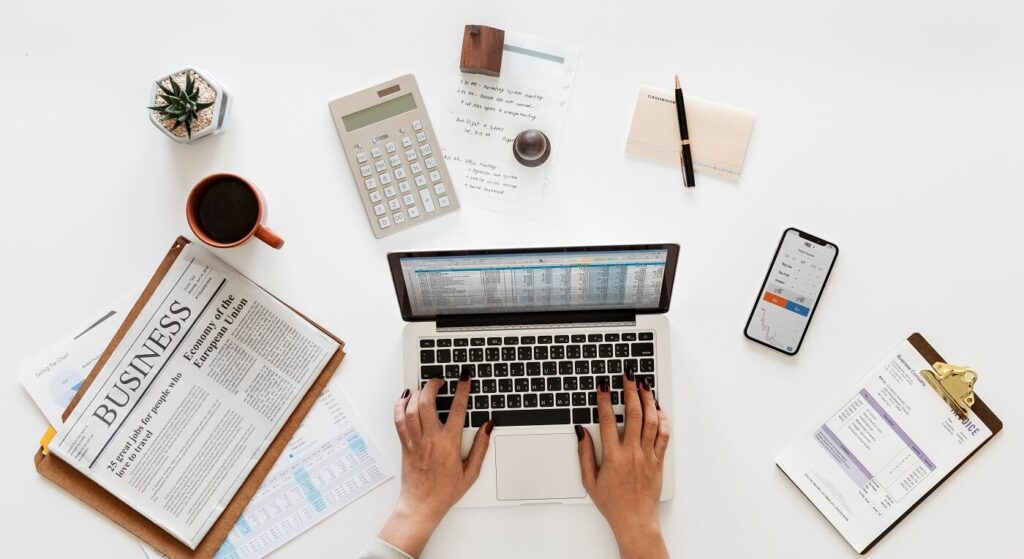 Why Studying MBA in Europe + 5 Thing You Should Know

If you need consultation fill the form

Subscribe to our newsletter to get the latest updates